This is what I found on the kitchen floor 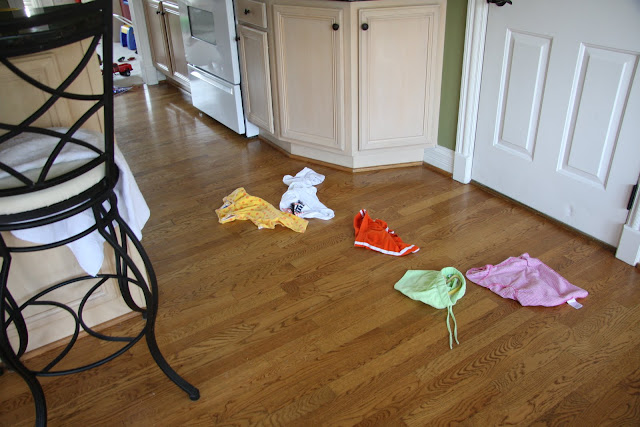 after using the phrases "happy meal" and "to the pool" in the same sentence.
I ran errands yesterday.  After unloading the car and putting away hundreds of dollars worth of "stuff" from Wal-Mart and elsewhere  (of course that could be just a bag or two as expensive as things are),  I decided to sit on the couch and rest for a minute.
Big mistake.
The couch sucked me in with its cushiony grasp.  I regained consciousness thirty long minutes later having lost both my momentum and the motivation to find it again.
I really didn't feel like doing anything for the rest of the evening.  Therefore, I took matters into my own hands and decided to multi task.  I provided my children with food, socialization, exercise all at once by suggesting driving through McDonalds before hitting the pool.
The little ones were upstairs for swimsuits and out the door before I could say 'TEN CHICKEN NUGGETS PLEASE'
They left a pile of clothes at the kitchen door where they proceeded to undress and don their swim attire before heading out to the car.
Did I mention hygiene as another task completed?  I don't do it very often, but sometimes we just pretend the pool is a giant bathtub with chlorine in it and don't take a real bath to remove the chlorine before going to bed.......hey, as long as they got wet it counts, right?
We pretended like that tonight.
No one cared.  At least I didn't.
Smiling faces eating their happy meals during break time at the pool. 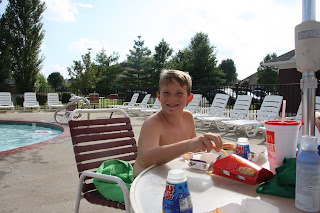 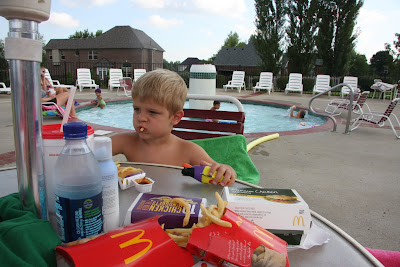 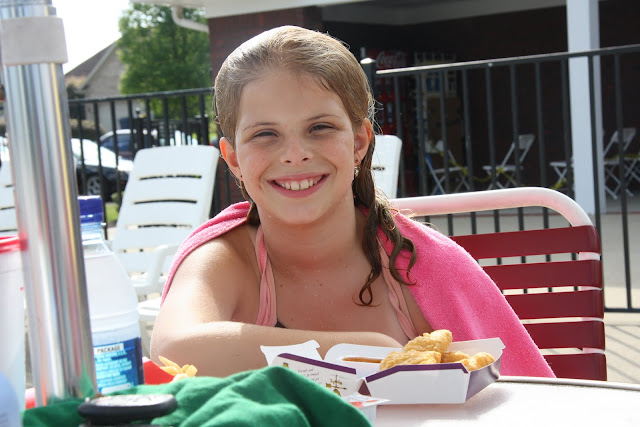 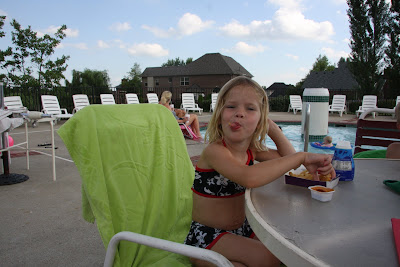 See the abrasion on John's chin? 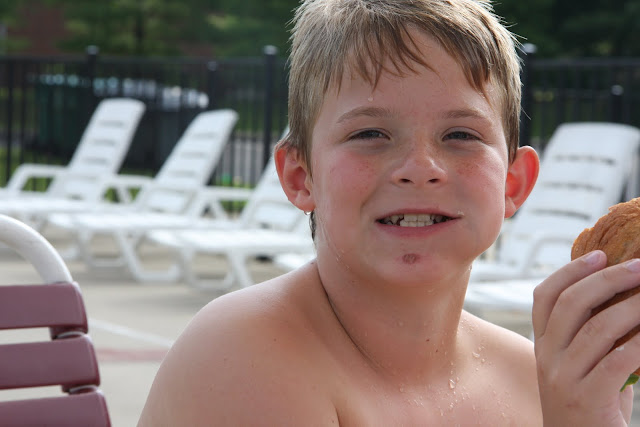 He found the bottom of the pool the other night.......apparently he was using the wrong part of his face to locate it.
Posted by otherwise known as mom