Much to David's relief we have seen Grant pretending to be things lately that are a little more, ummm, manly....
I've seen him wear his fireman, policeman, astronaut and even his brave knight outfits.
He never lets me take pictures.
If he thinks I'm even picking up a camera he runs to the other room and starts pulling things off as fast as he can.
Apparently he's heard about the blackmail file of pictures I keep for when my kids get old enough to embarrass.
I sent this picture of John to Emily at church camp in an email. I figured she could use it to embarrass her brother while they were there.  It sounds like she did a fine job of it too. 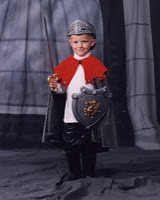 Anyway, back to the purpose here.
I finally caught Grant in a good enough mood to stand still for me (reluctantly).
He was an astronaut/policeman here...I'm not sure which. 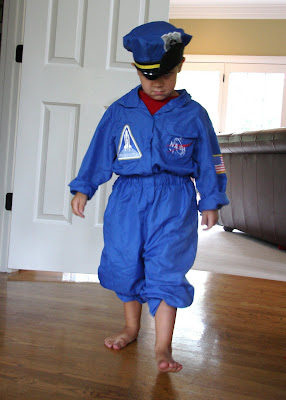 Here he was giving me the evil eye. 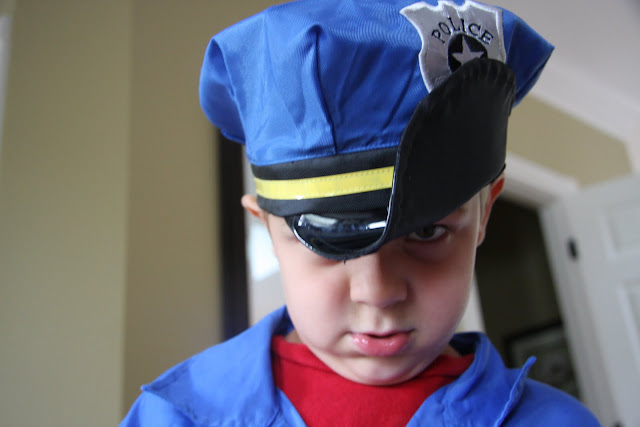 Bottom lip stuck out for effect... 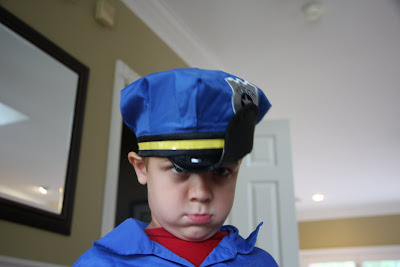 Not sure waht was up with the bill of his cap, but it apparently had a malfunction. 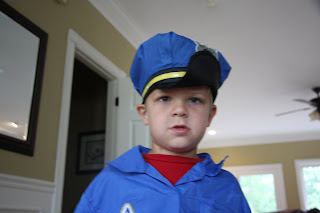 These pictures are headed straight for the blackmail file. 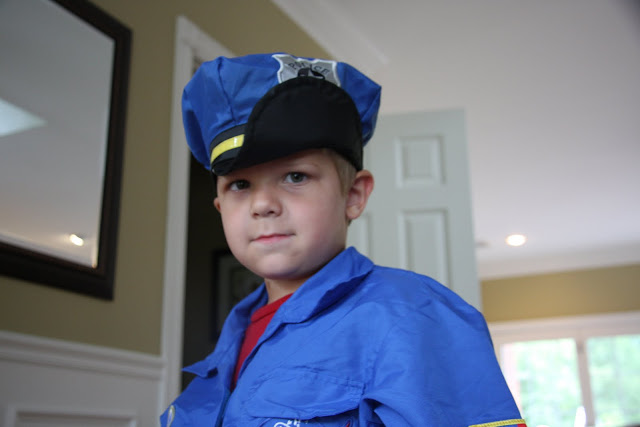 Thanks Grant!!
Posted by otherwise known as mom