Their first day of school

Parents take pictures of the first day of school 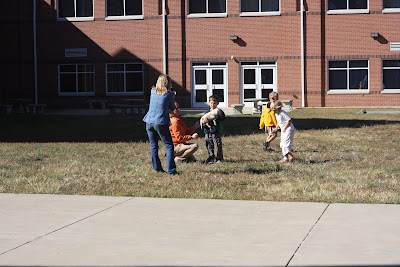 so they can capture the memories from that special moment...... 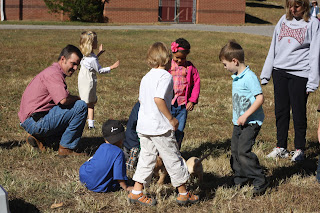 you know.... like what color of collar they had on 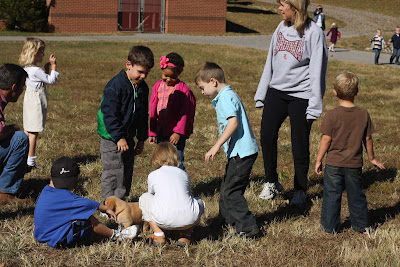 and how their little tails wagged with excitement at seeing so many kids. 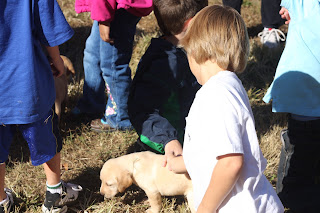 Well, I guess most parents take pictures, just not of their dogs' first day of school.
I did though. 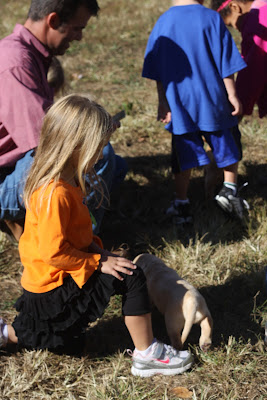 See?
We took four of the puppies in today for Grace's class to see and play with.  The kids thought it was really neat.  Their teacher is a dog lover, so she loved it. 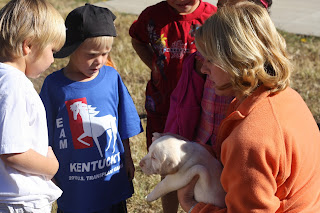 Ms. Jackie showing the kids one of the pups.

Soon though, the puppies had enough and were ready for a nap.  It didn't matter that school wasn't over yet.


One little boy covered up the puppies while they were napping. 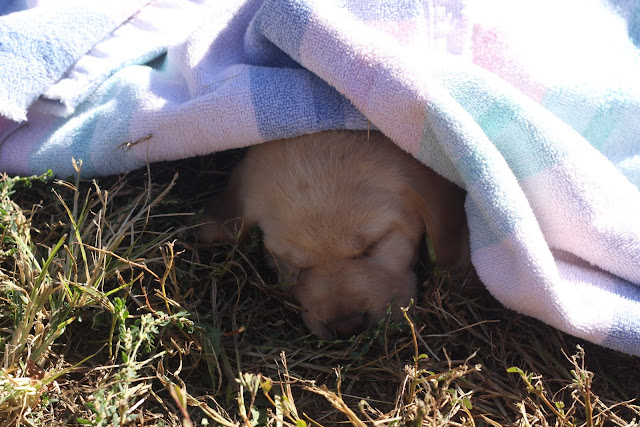 I guess it's a puppy thing.  This is what we found when we got home.  All of them were sacked out. 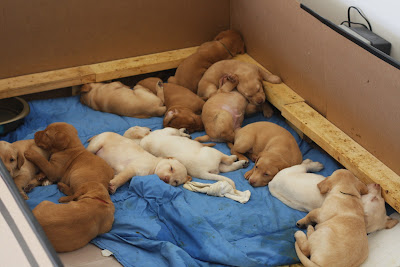 Wish I got a nap time every day!


Later today Grace and Grant worked on painting their little pumpkins.  This is one of those traditions that I really don't know how it got started.  We always paint a small pumpkin sometime before the holiday and then carve a jack-o-lantern the night before Halloween. 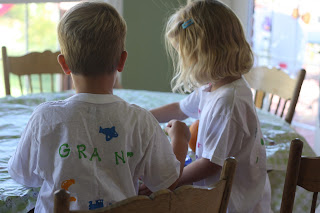 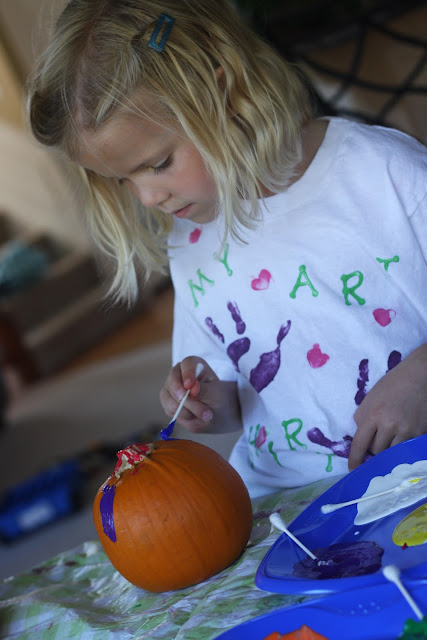 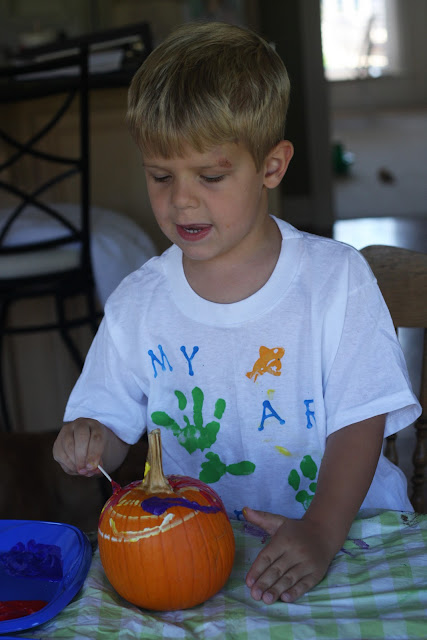 See his eyebrow where he scraped the skin off?  Yuck. 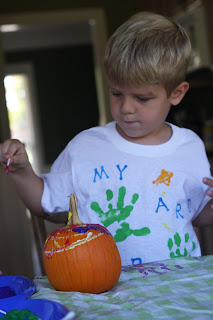 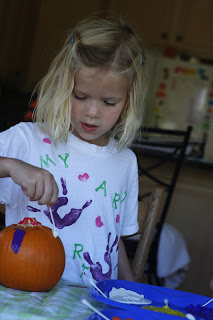 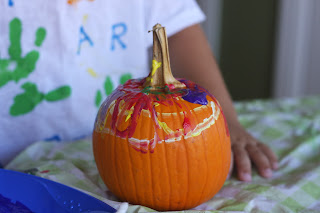 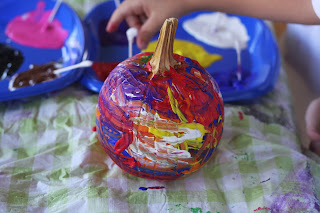 I think he should have stopped a few colors earlier. 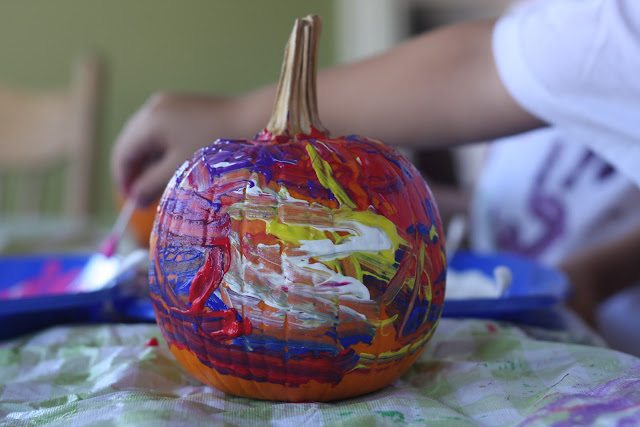 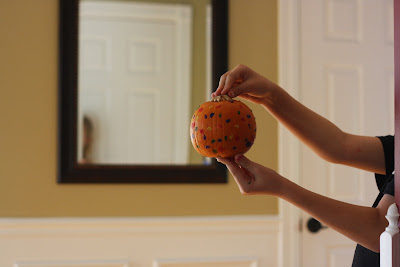 Emily and John  painted pumpkins too when they got home from school.  Emily didn't want her picture taken, but wanted one of her pumpkin. 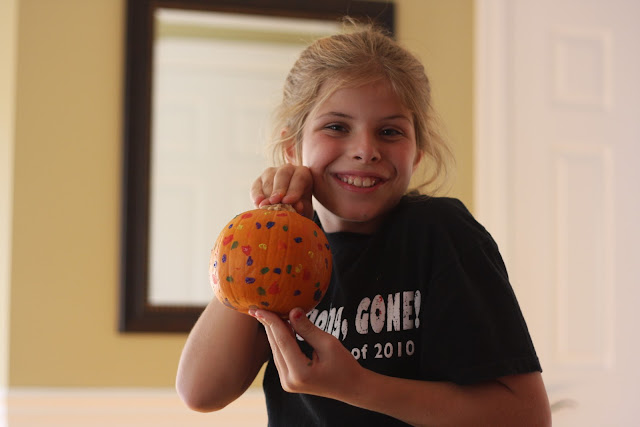 She changed her mind. 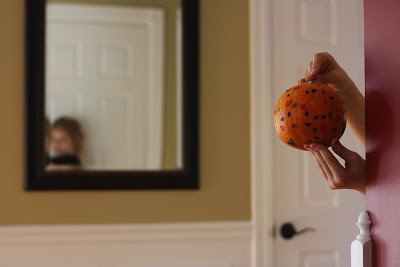 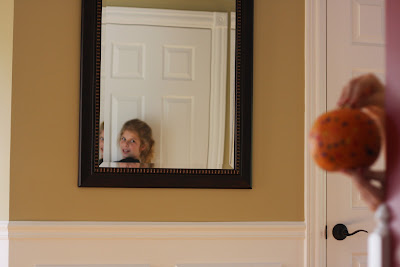 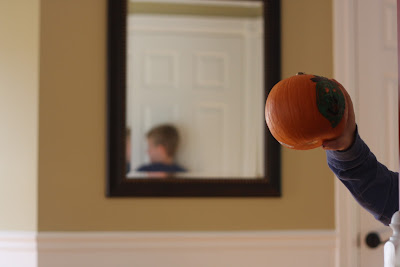 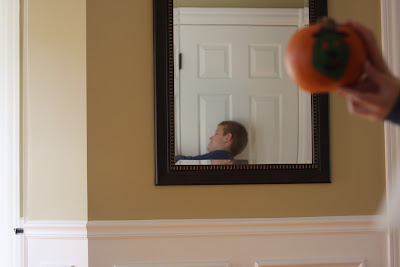 John the artist.
I'm sneaky like that.
Don't forget.
Posted by otherwise known as mom