I took these two to get their pictures taken yesterday after Grace got done with kindergarten.
They clean up pretty well don't they? 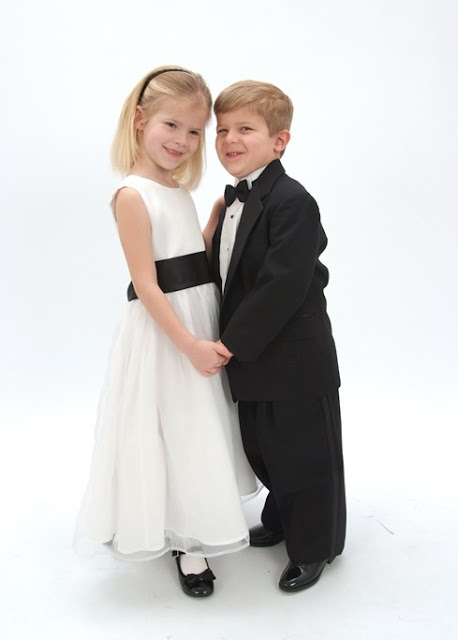 I think the photography business has slowed down significantly since the holidays are over.
The photographer took a lot of time with them..... 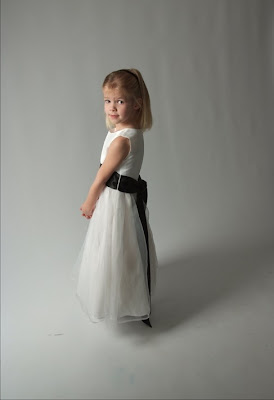 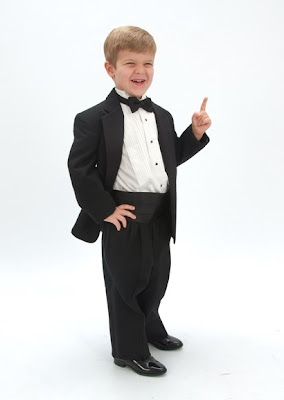 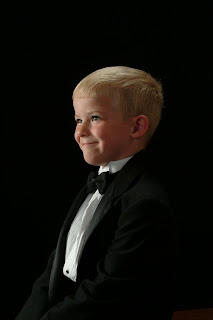 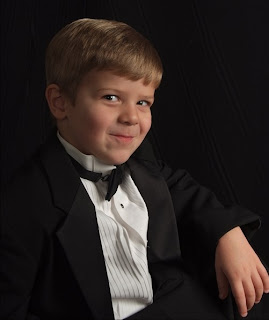 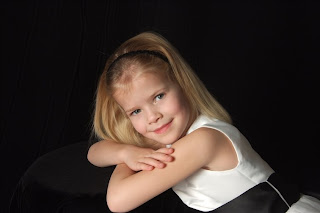 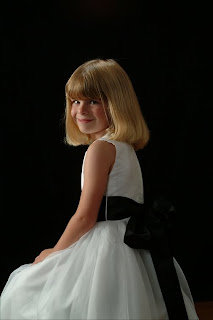 Notice anything unusual here?
Two of the pictures are of John and Emily when they were in kindergarten six years ago.
The outfits are the same ones John and Emily wore for pictures way back then.
John and Emily had worn these outfits in November 2004 when they were ringbearer and flower girl for Cousin Wesley's wedding.
I pulled the outfits back out when they turned six years old in July of 2005.
I had their six year old pictures taken in them.
By then though there had been an addition to the family....... 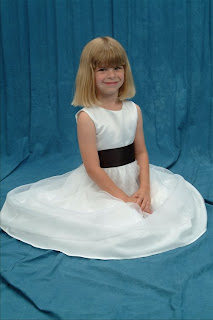 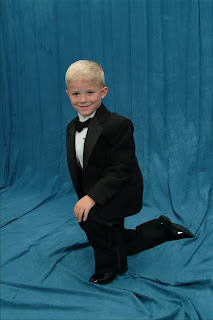 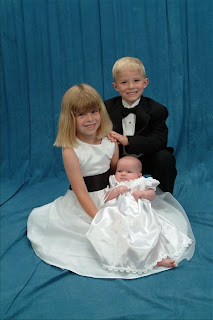 So we dressed her up too and had her picture taken in fancy duds to match the older kids. 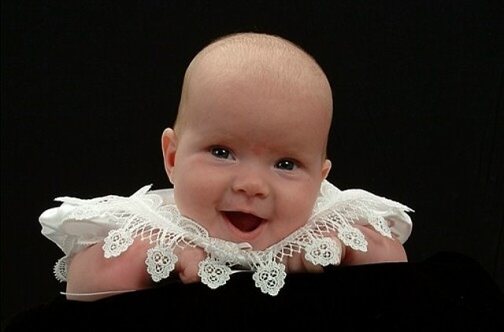 This is one of my favorite pictures of her.
And this clown????? 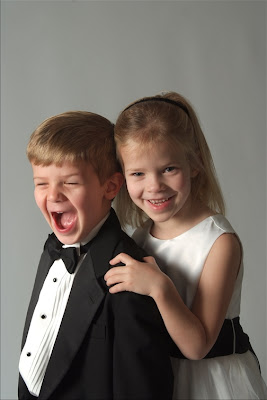 Well, he was still an unplanned twinkle in daddy's eye in the summer of 2005.
My how times have changed. 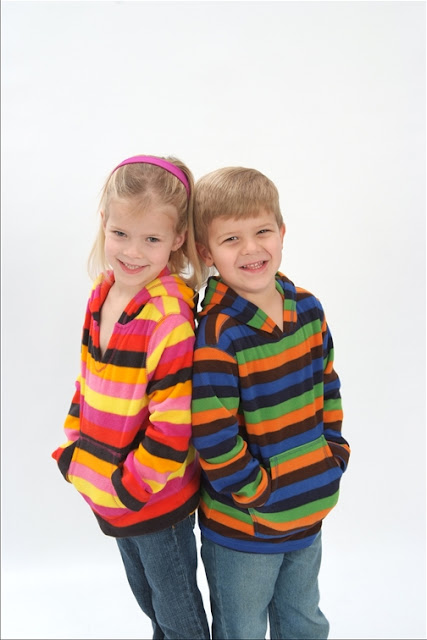 I must say though....every change has been for the better!!
PS - You know how incredibly big Grant is when you count it up and realize he just turned four years old in December and he's wearing the tuxedo John wore when he turned six years old.....

quite a size discrepancy between my two boys.
Posted by otherwise known as mom