Star of the Week

The star of the week was allowed to bring in a pet of her choice
(and MAN are there a lot of pets for her to choose from). 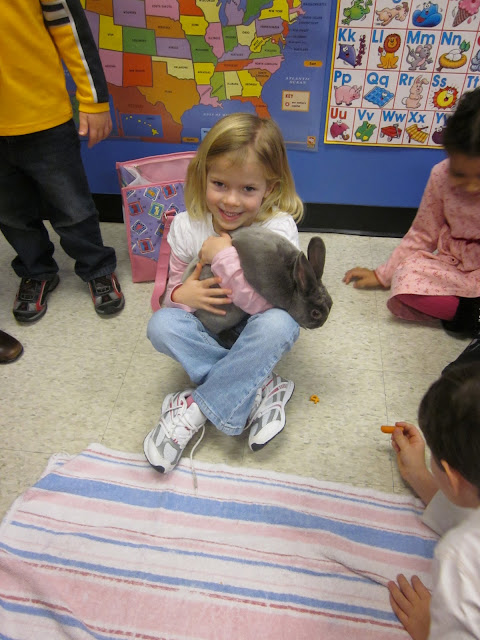 She decided to take Tinkerbell Grace in to share with her classmates.
Everyone got to pat and hold the bunny. 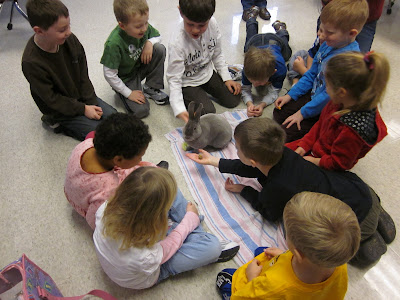 Only one boy said he had a pet rabbit. 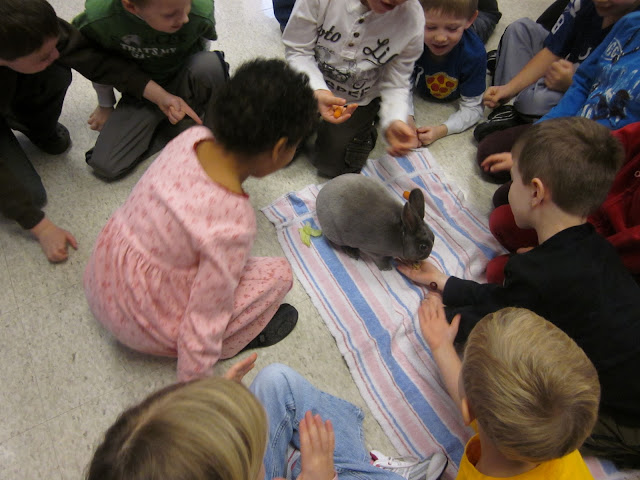 Two kids said they'd never touched a rabbit before.
I took in snacks so they could feed him/her.
We talked about rabbits and where they live in the wild and what they like to eat. 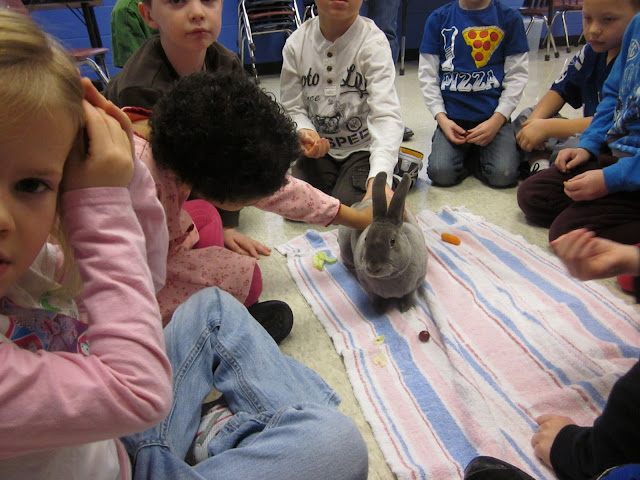 They giggled and TG hopped around and sat on his/her back feet for them.
He nibbled food and groomed and washed.
Thankfully, no bathroom performances while we were there.
TG put on quite a performance though......
I think everyone (including Tinkerbell Grace) had a good time.

especially this little girl.
We also took in (store bought) cupcakes for her snack selection as star of the week.
I apologized to the teacher.
Teachers hate cupcakes.  They're so messy.
I left with the rabbit BEFORE the cupcakes were served. 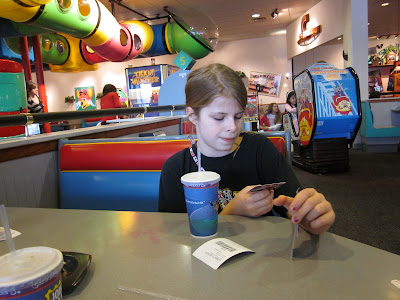 We were waiting on the other kids to finish up their tokens. This kid is a lot of fun sometimes. 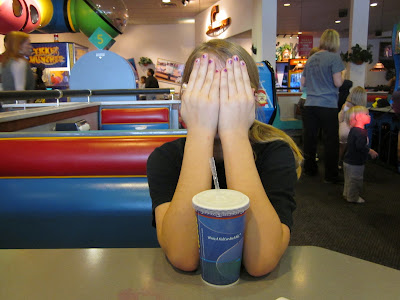