what have wii been up to ?

It is COLD outside today.
Wii We went to church this morning then wii we just hung around the house. 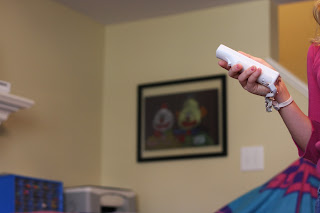 Wii  we got a new playtoy on New Year's Eve. 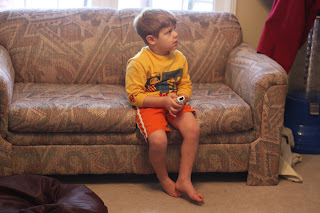 Wii  we had a fit over how fun our new toy was.
It has been the primary source of fun around here lately. 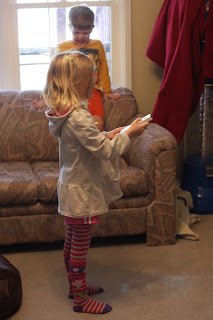 Can you guess what wii we have been doing? 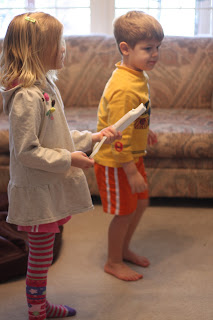 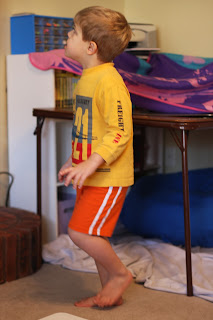 It has us jumping, running and generally having a good time. 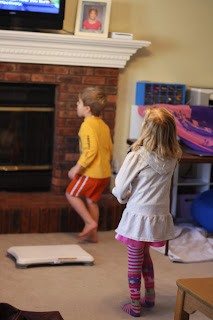 Wii ........I mean we.....have been playing with the kids' wii.
We already had the video game console.
The kids got it for Christmas a year ago. 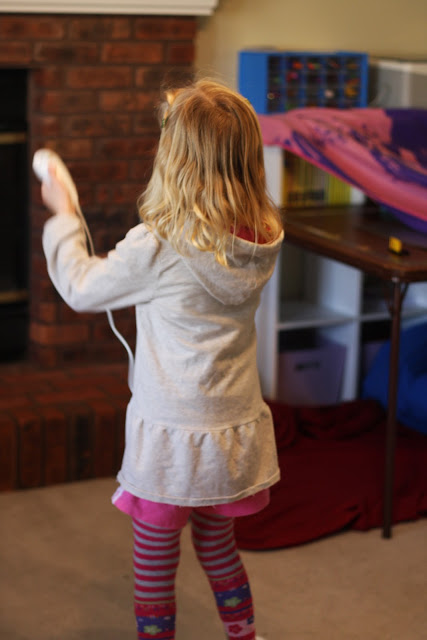 (Don't you love the outfit today?)
For New Year's though we bought the board and the Wii Fit Plus game. 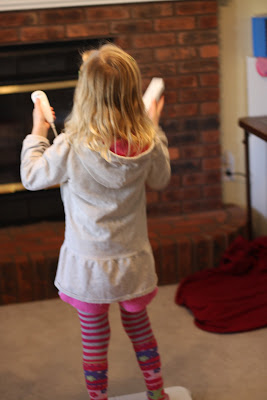 We have ALL had a lot of fun playing it. 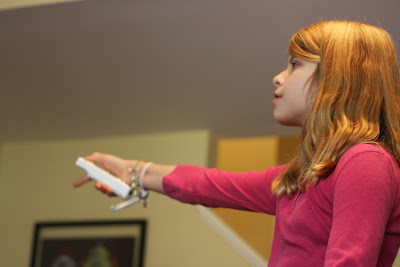 It sure beats video games involving Indiana Jones or Star Wars or Mario Brothers.
That's the kind of games they've had to play before now.
Then to counteract any health benefits we received from the wii workouts,
Emily and I baked four dozen cupcakes later this afternoon.
She's wanting to try out her new cupcake decorating book that John gave her for Christmas.
We got a late start so we'll have to decorate them this week sometime. 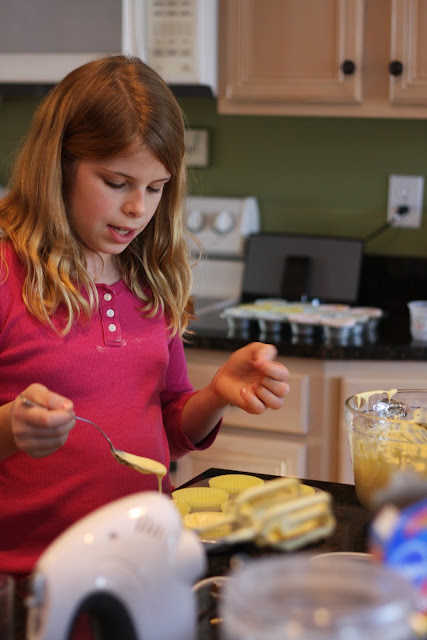 While we were up to our elbows in cupcake batter I realized we were short about thirty cupcake papers to bake all of the batter we had made.
Oops.
I took advantage of the situation and we did a little babysitting practice.
I enjoy this much more than John or Emily do.
I left the two big kids in charge of the two little kids for the fifteen minutes I was gone to Kroger to buy cupcake papers.
David and I have done this one other time.  We're trying to give them little pieces of time when there are no meals to cook or kids to put in bed when they can 'babysit' the two younger kids.
Baby steps.....
one of these days (soon) David and I will be able to go out and enjoy a dinner together without paying a king's ransom for a babysitter.
Posted by otherwise known as mom