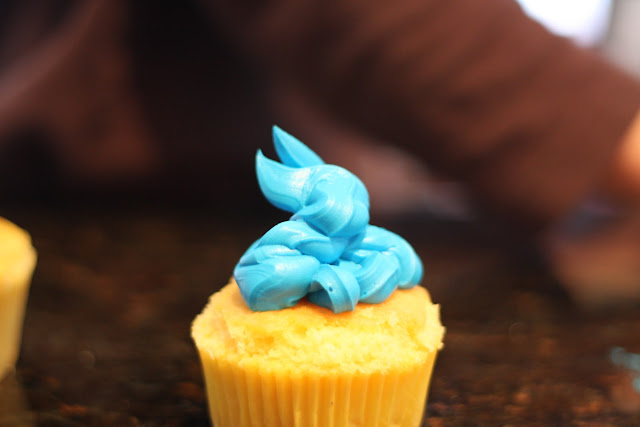 It is my four year old son's version of a deliciously decorated cupcake.
Philosophy?? 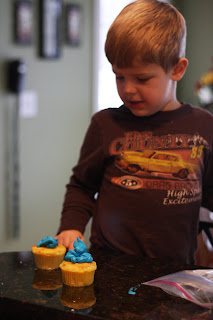 The MORE icing the BETTER!
He promptly ate one of his works and begged and cried because I wouldn't let him eat the other.


These pictures are from the other day when Emily was making her beach cupcakes and John was working on his duck cupcakes.  Emily worked hard on hers. 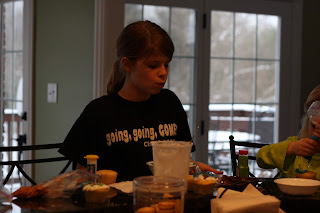 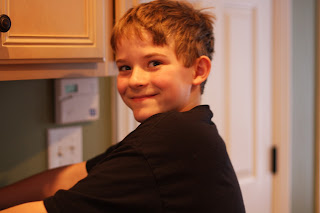 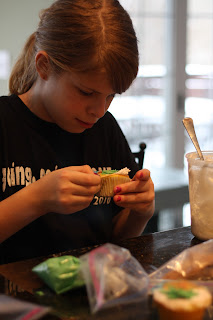 John's ducks languished in the box rather neglected while John was outside playing in the snow.  See his 'hat-head'?  That's OK.  I'd prefer my guys out in the snow anyway instead of baking in the kitchen.


Grace worked pretty hard on decorating hers.  She made hers 'for daddy to eat'.  She was determined over the next few days that no one should eat her creations except David. 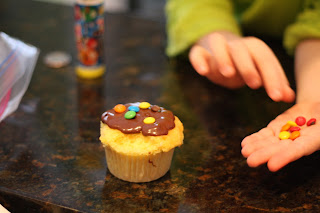 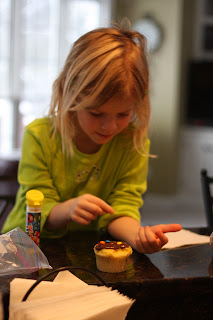 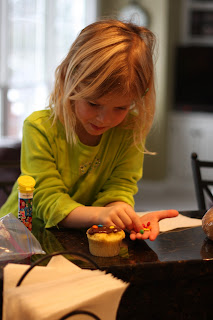 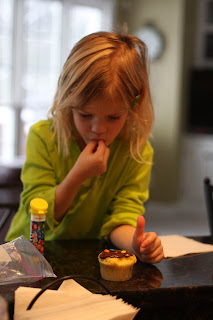 David is a lot like me though with respect to our kids' cooking.  Too much 'hands on' by the twelve and under crowd to make the food very appetizing to eat.  I usually pass on their creations and let them eat their own work.  That would be good advice if you're ever visiting and offerings of food are made to you.

A couple more of Emily's handiwork. 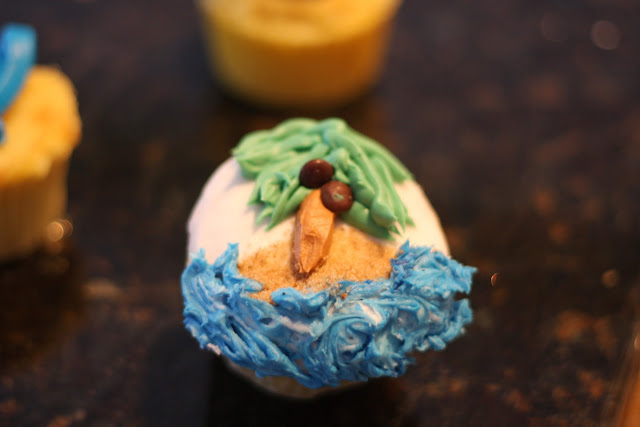 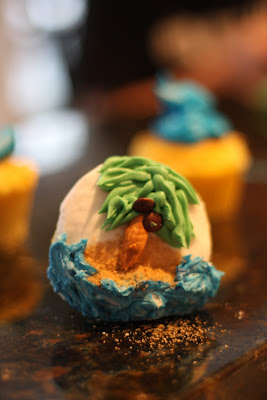 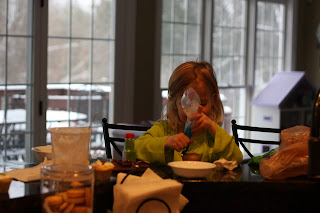 Grace working on her masterpiece. 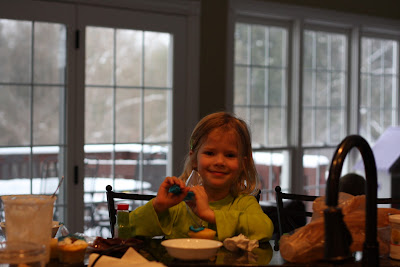 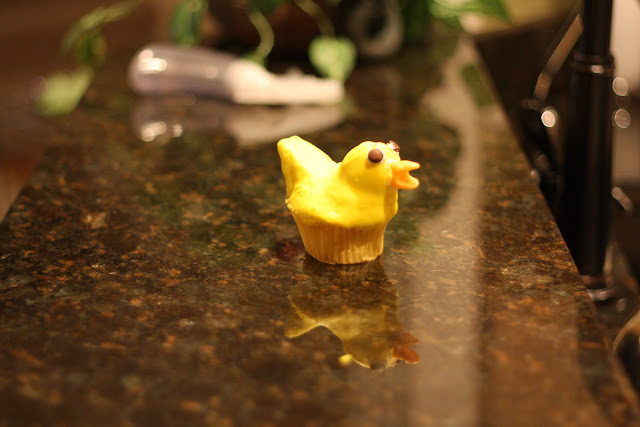 ***********
About three or four inches of snow outside.  It continues to fall tonight.  The school district has not called school off for tomorrow.  I'm guessing they will though.  I let the kids stay up late tonight.  I hope I don't regret that decision tomorrow.
******************
I fed the kids an early dinner tonight then my husband and I went out for a quick dinner together.  It's nice to be able to do that once in a while now without having to arrange for a babysitter.  All I have to do is tell the little kids they can play Wii while we're gone and tell the big kids they can have a soda and stay up late when we get home.  Everyone (including the parents) gets something positive out of the evening.
*******************
Grace started back in gymnastics today.  Her school is just a few blocks from the gym.  I signed her up for a class on Thursdays right after I pick her up from school.  She's so excited to be going again.
She had never quit asking when she would get to go back.  We take the summers off from extra activities, but I never signed her up in the fall.  I was waiting to give her a chance to settle into a five day a week school routine.  She's proven she can handle that quite well, so I figured it was time to start tumblin' and jumpin' again.
She had a great time and much to my pleasure I couldn't tell that she's behind the other girls at all.  The class is for four to six year old kids.  She was only four when she was in it last year and to me she always seemed way in beyond her skill level.  This year she seems to fit right in with the other girls.
I am looking forward to seeing whether she progresses to the next level this semester or stays in this level until she's six years old.  All they have to do is meet all of the goals.  Promotion isn't based on age.  Either way, I just want her to have fun and she was all smiles today!
Posted by otherwise known as mom