Emily was home for the second day with a fever.  She felt better, but still was very tired and worn down.  She didn't sleep as much today and ate a lot better.  By this evening I think she was starting to feel like herself again.  School tomorrow, I am sure.

The repairman called yesterday with the bad news.  It was going to cost the price of a new maching to fix my old washing machine.  I picked the new one.  Soooo,......the appliance store called this morning and delivered my new washing machine first thing.  It is just like the old one, except for one thing.....IT WORKS!!  I have about twenty loads to catch up it seems.  Oh well, it could be worse.

After the appliance guys left, it was off to the music store.  My trumpet player 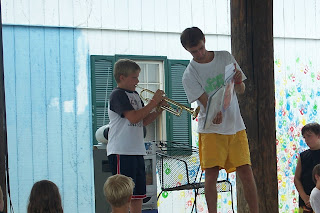 managed to jam the mouthpiece so tight into his trumpet, that I could not get it out.  I looked on the internet and it clearly said DO NOT REMOVE.  There is a special tool to do it with.  I had to go to the store where we rent the trumpet and let them fix it for me.  John and I had a little discussion after that about not banging on the mouthpiece to "make that really cool popping noise" anymore.  He said OK.

The eye doctor called today and Grace's glasses were finally done. We loaded up this evening before dinner and ran over to get her fitted.  She was SO EXCITED.  She was grinning ear to ear. 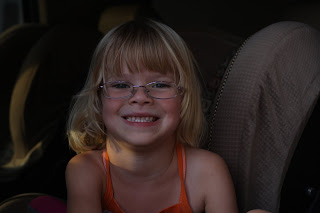 She's had them off and on a dozen times every ten minutes, but I figure it is going to take her a while to get used to wearing them.  I've not said anything to her about keeping them on.  I'll just see how it goes for now.  She is so proud of them.
You can also tell that she got a haircut.  It obviously needed combed, but I think she's glad to have it out of her face without wearing headbands now.
One more........... 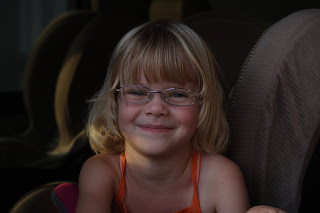 Where did this big girl come from? and who took my baby??
One last picture of Meg taken at the farm.....no reason to post it, I just think it's funny. 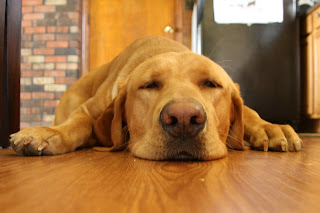 Yeah, Meg, that's how I feel some days too.
Posted by otherwise known as mom