Lunches and After Pics

Grace's preschool lets the kids stay late on Tuesdays for "Lunch bunch" if they want.  They get to play for an extra hour and eat lunch while at school.  Grace has been ready for this since the first day, but this past Tuesday was the first time they could stay.  She trotted off with a lunchbox full of crackers cheese water and an apple.  When I picked her up, she was so excited to have eaten lunch with her new friends.  She was full of stories about her day.  The funny thing was that when I cleaned up the playroom tonight, I found this... 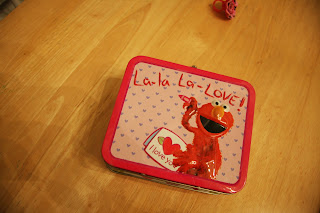 Grace had been playing with it today.  It didn't seem too significant until I opened the toy lunchbox to reveal this..... 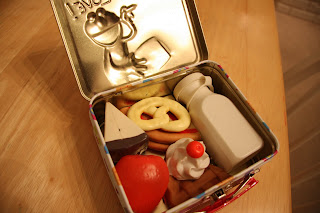 She had packed her own lunch with her pretend food.  A little heavy on the desserts in there, but hey, she got her milk in!!
Grant is starting to get the "school" fever.  He's been walking around the past few days wearing a backpack like the other kids.  I guess he figures no better time to start than the present. 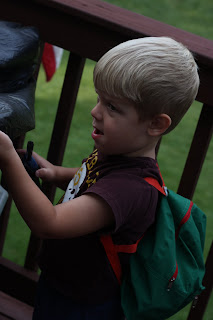 We spent the afternoon yesterday playing with playdoh.  This has become Grace's favorite thing to do.  Grant just enjoys making a mess.  His favorite thing is to mix the colors all together.  I know I am getting worn down with all these kids.  I let him do it.  I NEVER let John and Emily play with more than one color at a time so they wouldn't get mixed together.  Grant's playdoh looks like a rainbow in comparison. 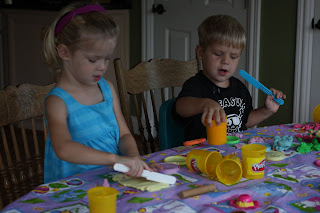 OK, better late than never.  Here are the "after" pictures of our summer project repainting the inside of the main level.  It doesn't show the "real" color, but I am not techno enough to adjust that.  I put them with the "before" pictures to compare. 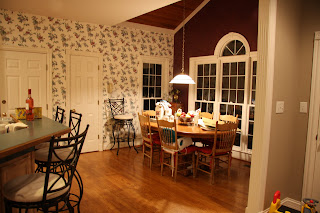 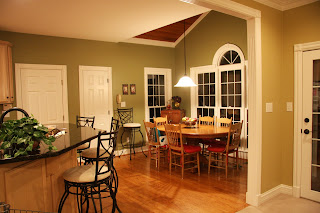 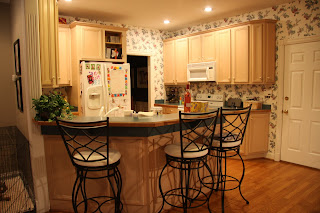 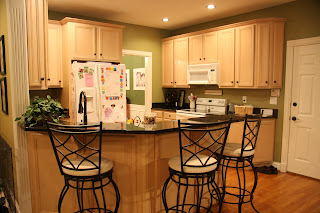 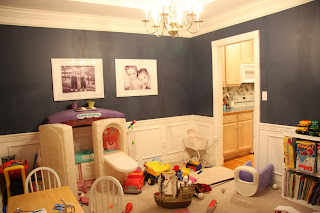 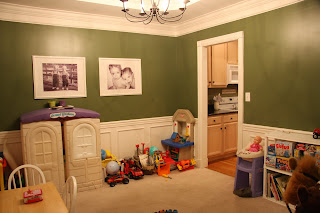 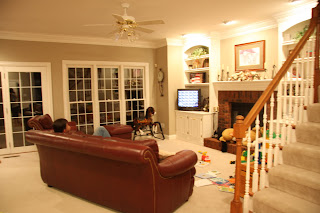 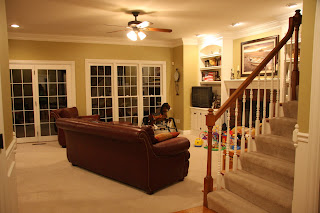 The living room doesn't seem much different in the picture, but it is a different color.  I guess you'll have to take my word for it!!
Good night, all.
Posted by otherwise known as mom