Planes, Rains and Automobiles (sounds like a movie, huh?)

Grace was caught on camera taking her plane for a spin around the room the other day.  I wonder if she had authorization to be in that controlled air space?  Apparently she was making an evasive maneuver to avoid a collision with the dog seen here in the picture.  Way to go, Grace!! 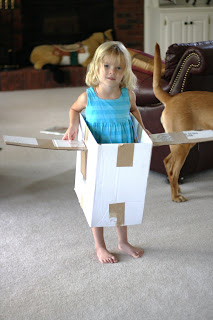 It rained ALL DAY today.  First thing Grace said this morning when she came downstairs was, "I want to play in the rain".  Well, help yourself, girlie!! 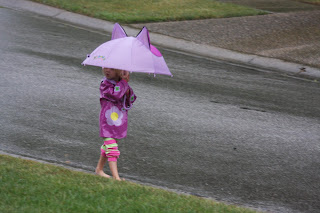 She's even wearing her pajamas still. 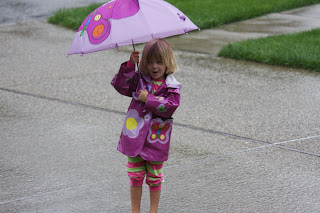 Grant got in on the action too. 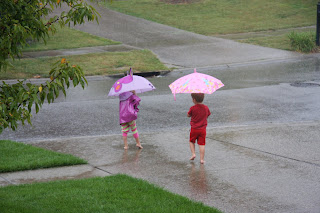 We've not been out anymore today, so not much of THIS was going on. 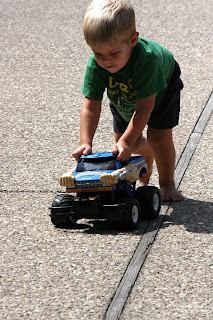 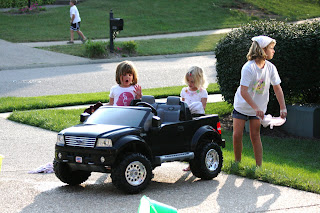 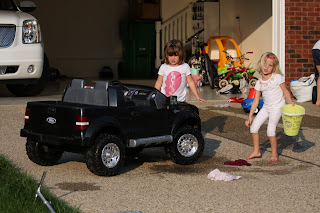 Instead, we put the cars into cold storage for the day....... 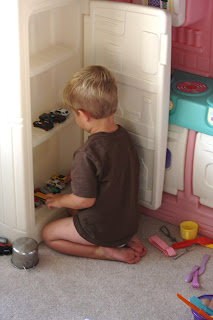 yep, that's Grace's toy kitchen.  I'm not real sure of the logic, but OK.

Since we couldn't play outside, we settled for a little dress-up. 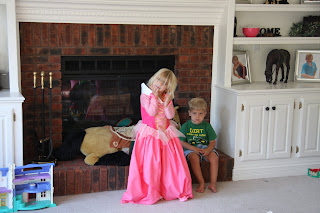 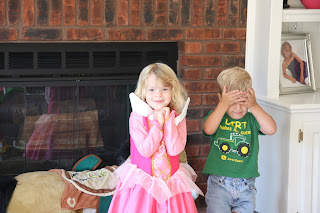 Whatever she just told him apparently didn't impress Grant too much.

Grace wanted to share a picture of her new glasses with you.  She is very proud of them.  She wears them about half the time right now. 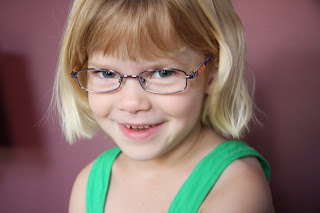 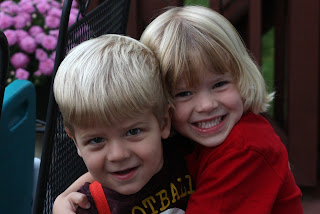