Pictures of the snow from last week. 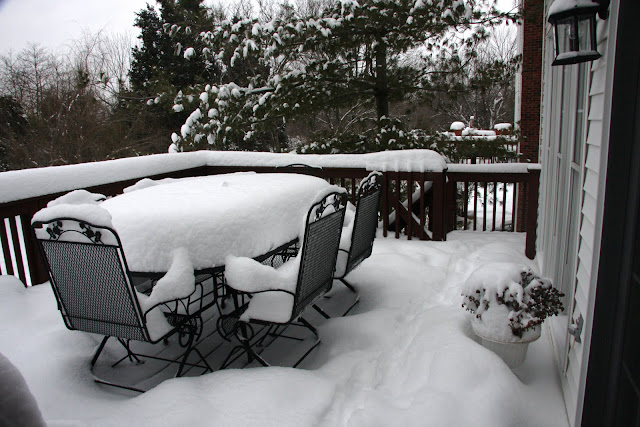 This is the ruler on the table poking out of the snow.  After the last snow fell, the ruler had disappeared.  I am not sure how much we got in the last snowfall, but obviously had a total more than twelve. 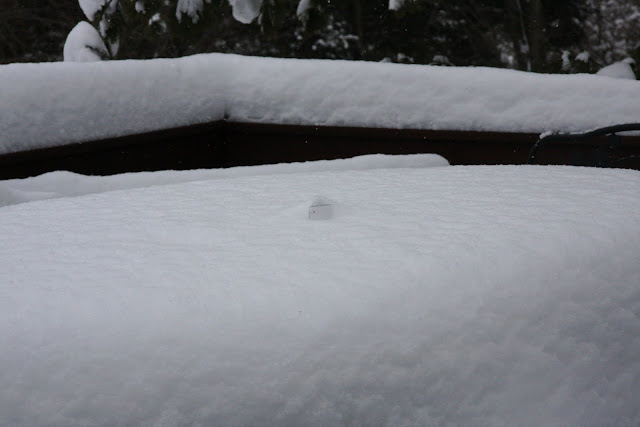 Grace and Grant had enough snow they sledded right in our yard by the garage.  Tiny hill, but enough for their fun. 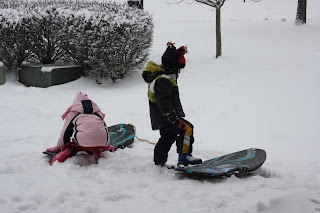 Grant learned that push cars do NOT work well in the snow. 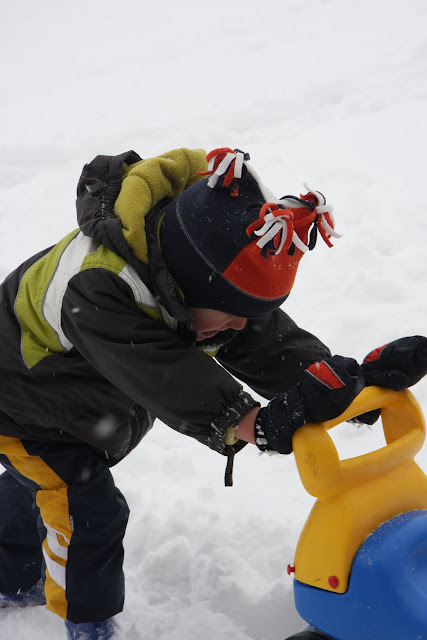 Neither do four wheelers that are not truly four wheel drive.  He tried every car/truck he owns in the snow trying to find one that would 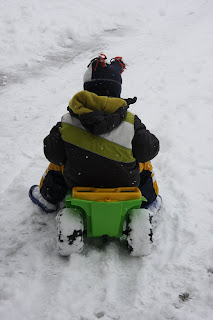 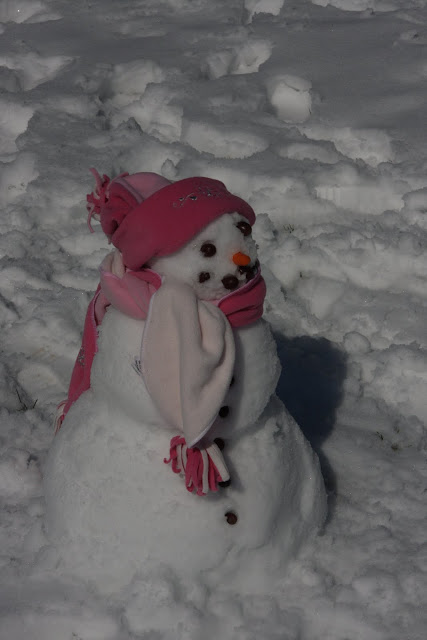 Grace's snowman that she named, of course, Grace. 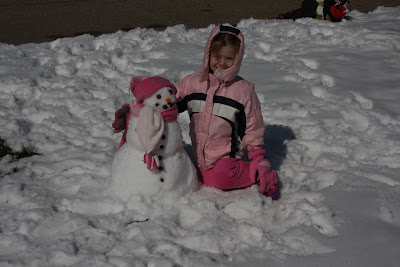 Sunday was so warm and pretty in comparison.  The snow finally started melting.  Kids (not mine) were actually out in short and t shirts.  Mine just enjoyed playing outdoors for a change without a coat. 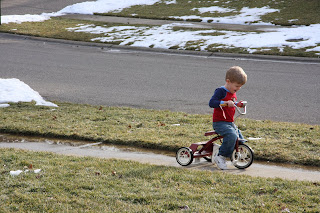 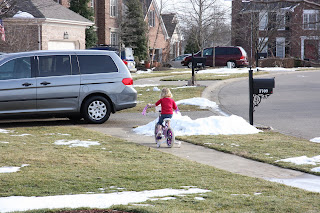 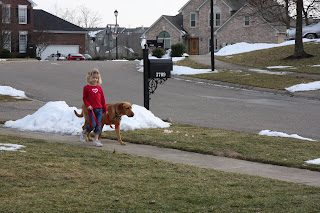 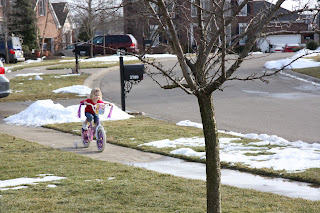